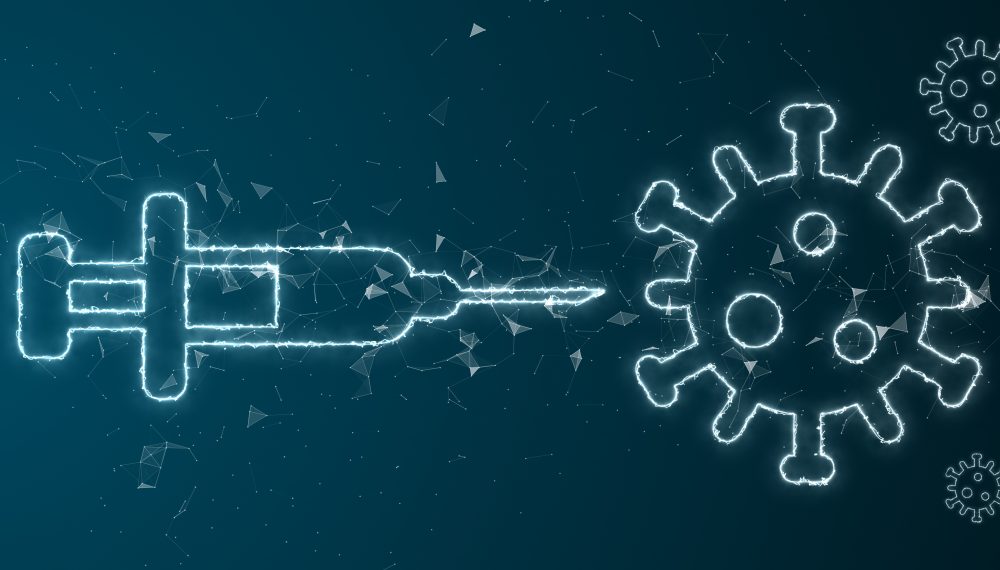 Despite the rollout of vaccines accelerating across much of the developed world, markets dropped back this week, as the pandemic continues to rage across the globe, leading to tighter lockdowns being implemented in multiple countries. President-elect Joe Biden announced a $1.9 trillion fiscal-stimulus plan that aims to counter the effects of COVID-19. However, there has also been mention of the second stage of the new administration’s plan calling for longer-term spending on infrastructure, green energy and education. This is to be funded, at least partly, by increasing taxes on higher corporations and earners, and although investors expect this, it is being conveyed earlier than markets anticipated.

US Treasuries over the week were flat, with the 10-year yielding 1.11%, however, intra week, the yield briefly exceeded 1.18% before falling back, as numbers of newly unemployed workers in the US rose last week at its fastest pace since August. German bunds are yielding -0.54% and UK gilts 0.30%.

Crude oil hit its highest level in ten months on Tuesday, with Brent crude trading at $56.75 a barrel. However, as economic lockdowns in the short term tighten, there is an expectation for the recent price strength to weaken, at least in the short term.

Markets are being buoyed by the twin news of stimulus from governments and central banks, and the rollout of vaccines. To date, the news on the effectiveness of the vaccines and the acceleration in rollout programmes is largely encouraging, notwithstanding the continued emergence of new virus strains. Therefore, all things being equal, when lockdowns come to an end, the global economy should experience a significant acceleration, benefiting many of those stocks left behind in the pandemic. However, exactly when a ‘return to normal’ is experienced is an entirely different question.

Those in the deflationary camp point towards ageing populations, indebtedness, and technological change. Whilst those in the inflationary camp point towards massive amounts of monetary and fiscal stimulus, a well-functioning banking sector encourages further credit creation and longer-term structural unemployment, meaning there is less slack in the economies than headline figures suggest. Getting this call right is arguably one of the most important decisions investors have to determine as it could have a significant impact on market pricing.

Economic data being released this week include housing starts, building permits, PMI breakdowns, and existing home sales. US Markets will be closed on Monday in recognition of Martin Luther King Day. 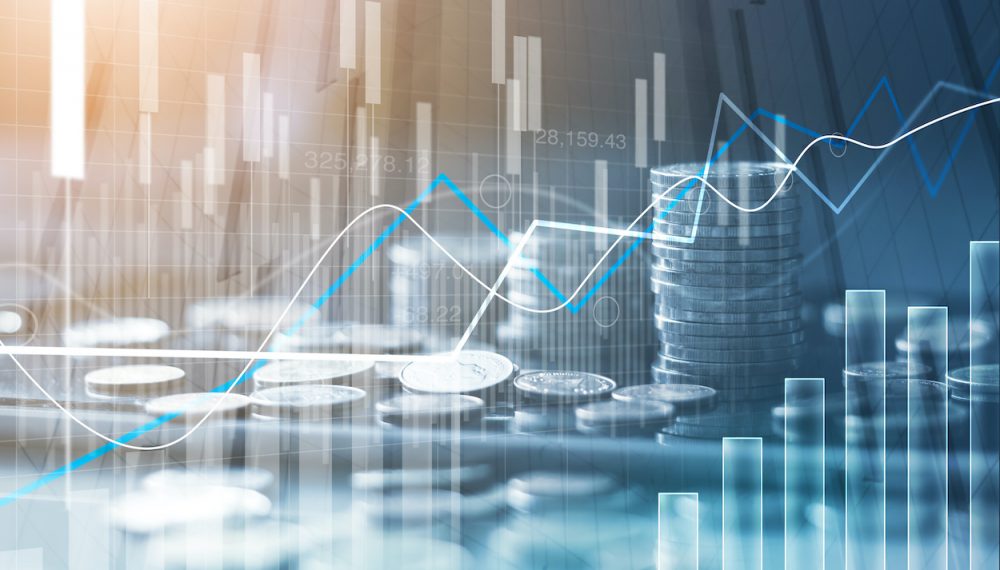 Equity markets saw a strong start to the year globally, with major indexes hitting fresh record highs last week. Democrats secured the Senate majority following a pair of narrow runoff victories in Georgia, potentially paving the way for more fiscal stimulus later in the year to aid the recovery. Democrat control also raises the prospects of higher corporate tax rates but considering the razor-thin majority and current state of the economy, tax reform might not be a priority in 2021.

Despite some shocking scenes of violence in Washington by supporters of President Trump whilst Congress prepared to officially ratify Joe Biden as the 46th president of the US, markets looked through this instead focusing on greater expectations of fiscal stimulus and higher inflation with the hope that 2021 brings a close to the Covid19 pandemic as vaccines are increasingly rolled out.

US equities rose 1.3% over the week, whilst US technology stocks were up 1.4%. European stocks rose 3.0% and UK equities were up a massive 5.6%, despite the UK entering a third national lockdown at the beginning of the week, benefitting from greater exposure to economically sensitive areas such as energy, miners, and financials. Japanese stocks increased by 2.8% and Australian stocks rose 2.6%. Emerging markets were up by 2.4%, with South Korea, a country with high exposure to exporting companies, rising by 9.7% over the week.

As news came through that the Democrats had won the Senate, US Treasuries sold off, with the yield on the 10-year, which moves inversely to price, rising above 1% for the first time in 9 months. US 10-Year Treasuries are currently trading at 1.07%, whilst German Bunds are trading at -0.52% and UK Gilts 0.28%.

Crude oil has continued to steadily climb, with Brent trading at $55.2 a barrel, up over 6% for the week, helping to make energy one of the best performing sectors for the start of the year, having been deeply unloved last year. Copper, considered a good barometer for the health of the global economy, also continued its steady rise, now trading at levels last seen in 2013, above $8,000 a tonne. Copper has had a further boost from expectations that President-elect Joe Biden’s green agenda will increase demand for electric vehicles, requiring large amounts of copper.

However, gold fell almost 3% to $1,890 an ounce, as investors increasingly look towards economic recovery.

The Chinese Renminbi crossed through US$6.5 this week, for the first time since June 2018, erasing most of the losses against the dollar since President Trump began the trade war.

The beginning of the year has seen clear support for so-called ‘value’ stocks, those that are more economically sensitive, although technology has continued to perform, suggesting that greater evidence of the recovery will need to be seen before a more powerful stock rotation is seen. This rotation will depend greatly on the success of Covid19 vaccines for which we remain at the very early stages of the rollout.

The coming week marks the unofficial start to the earnings season, with several national and regional banks reporting quarterly earnings. On the economic front, important data being released include inflation, retail sales and industrial production.

Weekly market update 01/01/21. The major US indexes hit all-time highs but ended the week mixed, with small-caps recording losses. Stocks closed out a year of solid gains led by the technology-heavy Nasdaq Composite Index, which notched its best annual performance since 2009. Health care shares outperformed within the S&P 500 Index, and consumer discretionary shares were also strong, helped by gains in a new arrival to the index, electric vehicle maker Tesla. Energy stocks lagged, and the large technology sector was also weak. Trading was relatively light ahead of the market’s closure on Friday in observance of the New Year’s Day holiday.

Three giants—Apple, Amazon.com, and Microsoft —generated 53% of the S&P 500′s total return in 2020,. Furthermore, information technology—just one of 11 sectors overall—accounted for about 69% of the index’s total return.

Shares in Europe rose over the week, lifted by the UK-European Union (EU) trade accord and the approval of the U.S. fiscal stimulus package. The UK’s FTSE 100 Index recorded modest losses, partly due to the stronger British pound, which reached USD 1.3675, its highest level in a year. The pan-European STOXX 600 edged 0.3% lower, still staying close to a 10-month high.

The STOXX 600 index recorded a 3.7% drop in 2020. Still, the index is only 7% below its record high after rallying about 50% from March lows and as expectations of more stimulus, the rollout of coronavirus vaccines and a Brexit trade deal sealed last week raised bets on a stronger recovery in 2021.The FTSE 100 fell 1.5% and Paris’s CAC 40 dropped 0.9%. Spanish stocks fell 1%.

The UK government extended its strictest restrictions to additional areas, seeking to curb a surge in infections, hospitalisations, and deaths caused, in large part, by a new variant of the coronavirus. After regulatory approval, the authorities began deploying a second vaccine, one produced by AstraZeneca and Oxford University, enabling the government to accelerate its inoculation program. EU countries began to distribute the Pfizer/BioNTech vaccine to those most at risk. The EU also exercised its option to buy another 100 million doses of the vaccine.

Japanese stocks rallied in the shortened trading week through Wednesday. The Nikkei 225 Stock Average advanced 3.0% (788 points) and closed at 27,444.17, just off the 30-year closing high set on Tuesday. For the year, the benchmark gained 16.0%. Neither the large-cap TOPIX Index nor the TOPIX Small Index, broader measures of the Japanese stock market, performed as well. In 2020, the TOPIX gained 4.8% and the TOPIX Small Index recorded a -2.2% return. The yen was modestly stronger versus the U.S. dollar and closed the year near JPY 103, about 5.0% stronger versus the U.S. dollar.

Chinese stocks finished the week at multiyear highs as investors anticipated stronger growth in 2021. The country’s benchmark SSEC Index rallied Friday to its highest close since February 5, 2018, while the blue chip CSI300 Index recorded its highest close since June 15, 2015, according to Reuters. For the year, the SSEC Index advanced 14% and the CSI300 Index rallied 27%, buoyed by signs of an accelerating economy as China became the first major world economy to successfully contain the coronavirus.

The fading likelihood of larger stimulus payments due to roadblocks in the Senate, along with month-end buying activity, pushed the yield on the benchmark 10-year U.S. Treasury note modestly lower as the week progressed. (Bond prices and yields move in opposite directions.) Meanwhile, the broad municipal bond market recorded modest positive returns through mid-week, outpacing Treasuries. Crude-oil prices are back near $50 a barrel after briefly dropping below $0 for the first time ever in April.

The upcoming week will see the PMI composite, Unemployment Rate, and Factory Orders data being released.

To book a free, no obligation consultation call with one of our qualified independent advisors, fill out the form below with your specific query and your preferred call back time and we look forward to talking to you soon.

Lawsons Equity Limited is a company registered in Malta with company number C49564 and Licenced by the Malta Financial Services Authority as Enrolled Insurance Brokers under the Insurance Intermediaries Act 2006, and to provide Investment Services under the Investment Services Act, 1994. Lawsons Equity Ltd have passported their services across the EU. To see a full list of countries click here

Disclaimer: The information provided on this website is being provided solely for educational and informational purposes and should not be construed as investment advice, advice concerning investments or investment decisions, or tax or legal advice. Similarly, any views or options expressed on this website are not intended and should not be construed as being investment, tax or legal advice or recommendations. Investment advice should always be based on the circumstances of the person to whom it is directed, which circumstances have not been taken into consideration by the persons expressing the views or opinions appearing on this website. Lawsons Equity Limited has not verified and consequently neither warrants the accuracy nor the veracity of any information, views or opinions appearing on this website. You should always take professional investment advice in connection with, or independently research and verify, any information that you find or views or opinions which you read on our website and wish to rely upon, whether for the purpose of making an investment decision or otherwise. Lawsons Equity Limited does not accept liability for losses suffered by persons as a result of information, views of opinions appearing on this website. This website is owned and operated by Lawsons Equity Limited.